Gerhard Richter (German born 1932) is known for his diverse painting styles and subjects. His deliberate lack of commitment to a single stylistic direction has often been read as an attack on the implicit ideologies embedded in the specific histories of painting.

Richter grew up under the shadow of Nazism and then within East Germany. He studied painting at the Kunstakademie in Dresden from 1952 to 1956 and thereafter became a successful Social Realist painter. Granted permission to travel to the West, he was exposed to avant-garde art of the period. In 1961 he entered West Germany and from that year to 1963 he attended the Kunstakademie in Düsseldorf. There he met Sigmar Polke.

Relying on scenes from newspapers, personal photographs, and magazines, Richter painted the victims of serial killers, portraits of famous European intellectuals, and German terrorists. His later work includes landscapes, city scenes, and portraits of his family, friends, and art world associates, all rendered in a soft-focus realism. At the same time, he developed a large body of gestural abstractions of every scale, using an array of painting methods, particularly a handmade squeegee technique that pushes and scrapes layers of coloured paint across the field of the canvas. He also created series of colour-chart paintings. 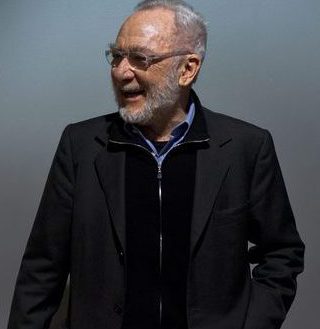