Born 1927 in New York Alex Katz is one of the most important painters of our time. After studying at the Cooper Union School of Art from 1946 to 1949 he attended the Skowhegan School of Painting and Sculpture. From the 1950s onward, Katz then developed a very independent painterly language which addresses the traditional genre of the landscape, as well as the portrait or figure painting.

Although the general public sees Alex Katz as a pop artist, he does not consider himself to be one. Rather than emanating from a graphic implementation his images always emanate from painting. In fact he sees himself as a post-abstract painter who, in his realistic painting style, arranges the figure elements and sign elements in such a way that the observers combine them in their heads themselves. 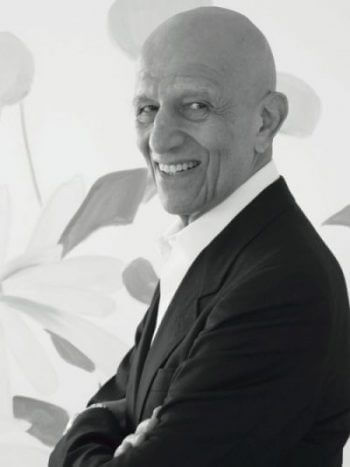