Their collaboration began in 1959 and involved photographing and documenting the disappearance of German industrial architecture. Their work focuses on industrial photography, including pictures of grain elevators, water towers, hot-blast stoves, mine heads, gas tanks, silos, framework houses and other industrial structures. The Becher were fascinated by the similar shapes in which certain types of buildings were designed.

In 1991, they won the Venice Biennale Leone d'Oro sculpture award for their 1969 photographs entitled "anonymous sculpture". They were also awarded the Erasmus Prize in 2002, which honours social & cultural achievements.

As highly influential teachers at the Düsseldorf Kunstakademie, they taught students such as Andreas Gursky, Thomas Ruff, and Candida Höfer, who later created names for themselves in architectural photography. 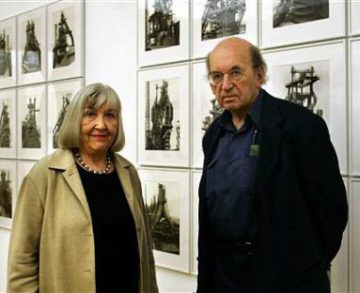