Julian Opie was born in London in 1958 and lives and works in London. He graduated from Goldsmith's School of Art, London in 1982.

Initially taking photographs of his subject matter he then digitally manipulates the photographs and constructs his images by a process of elimination and distillation, and through this practice has developed a concise and reductive formal language. His works have been realised in silkscreen, vinyl, LCD, LED, lenticular and flocking, and he continues to push the boundaries of 'traditional' artistic practice. 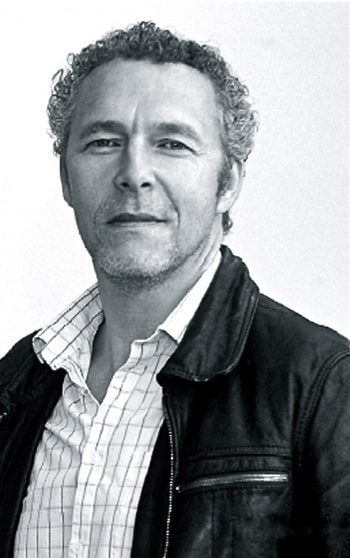