Brian Donnelly is currently best known as the artist KAWS. Born in 1974 in Jersey City, New Jersey and based in Brooklyn, New York, KAWS is graffiti artist, illustrator, painter sculptor and toymaker. He began his career as a street artist when replacing advertisements with his own in the early 1990s. Since, his artworks are immediately recognizable including his best-know characters with X-ed out eyes. Avoiding the distinction between products and art objects and embracing the spirit of Takashi Murakami, KAWS exhibits in museums and galleries internationally over the past decade. 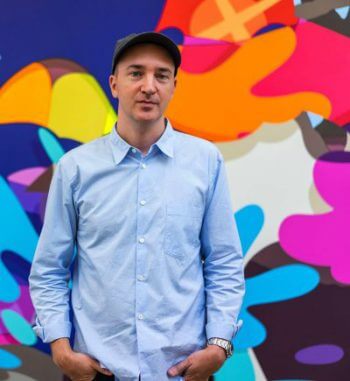